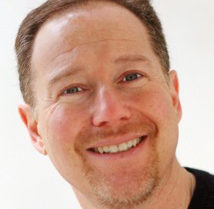 I pride myself on valuing people for who they are, not for what they have accomplished. If you want to know about me at my core, I invite you to review the What Matters?! Approach. However, I know that qualifications matter for some. So for those of you may be interested, here are some things you might want to know about me professionally. It’s hard to write your own bio in the first person without sounding like a jerk. Thanks for cutting me some slack!

I’ve spent the past 25 years working as a coach, consultant and workshop leader specializing in individual and organizational performance. That’s a fancy way of saying that I help businesses to remember that they are run by human beings, not robots. Having had the privilege of serving over 50 corporations and government agencies worldwide, I’ve had a pretty good run (at least according to Forbes Magazine, who has called me a “miracle maker—or more precisely a miracle medium”). My extensive experience includes leadership development, marketing and business development, organizational assessment, and implementing strategic change initiatives including mergers, product launches, and new information technologies for clients such as the U.S. State Department, EMC, and Deloitte.

For those of you who don’t think you’ve paid your dues until you’ve worked inside corporate, I’ve done that too, having held key management positions at Cambridge Technology Partners, Blue Cross Blue Shield of Massachusetts, and Amherst Consulting Group. I’ve also served on the faculty of tompeters!company, and as an adjunct professor at Massachusetts-based Cambridge College, where I designed and taught a new graduate-level program in personal and professional coaching. I am also one of the pioneers in the emerging field of team coaching, having co-founded Team Coaching International, a global coaching services company. My final corporate gig was that of Vice President of Learning and Development for Vertex Pharmaceuticals.

Although my career has afforded me a comfortable living and prestige, it has also come at a great personal toll in the form of multiple severe burnouts. After hitting a wall yet again in 2013, I decided that once and for all history needed to stop repeating itself and I took a six month sabbatical to stop and ask how I wanted to live the rest of my life. So began What Matters?!